Here is an extended quote from the second chapter of James for our discussion today: 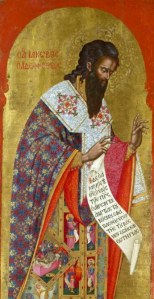 You foolish person, do you want evidence that faith without deeds is useless ? Was not our father Abraham considered righteous for what he did when he offered his son Isaac on the altar? You see that his faith and his actions were working together, and his faith was made complete by what he did. And the scripture was fulfilled that says, “Abraham believed God, and it was credited to him as righteousness,” and he was called God’s friend. You see that a person is considered righteous by what they do and not by faith alone. In the same way, was not even Rahab the prostitute considered righteous for what she did when she gave lodging to the spies and sent them off in a different direction?  As the body without the spirit is dead, so faith without deeds is dead.

For the matter of discussion I also want to bring up a quote for Paul in Ephesians 2:

For it is by grace  you have been saved,  through faith and this is not from yourselves, it is the gift of God not by works,  so that no one can boast.

The first quote obviously shows that faith and deeds (works) are inevitably linked. As James says a body without a spirit is dead and faith without works is equally dead.  Can dead faith save you? James answers that in a very emphatic way. The second quote seems to directly contradict the first.  Unfortunately most current day Christian evangelical denominations latch onto the second quote as a means to treat Christianity as a fire insurance. To them just by saying you have faith you are therefore saved from any consequences of your actions, or maybe more appropriately lack of action. This is what saddened me more than anything else during my extensive three year study of current day Christianity.

So, let’s not deceive ourselves into believing that Christianity is a “something for nothing” religion. When you sign on to be a Christian you also sign on to the duties of showing that you are a Christian. Words without action just don’t hack it. Don’t treat your Christianity as a fire insurance; do what Jesus says….