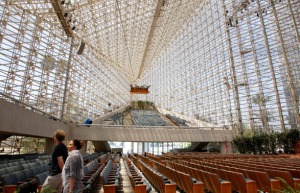 I got to thinking recently about what did Jesus teach us about where we were supposed to come together to worship God. As I have mentioned before there is actually almost nothing in the Bible about this topic. But I can take the many other words of Jesus and postulate what he would likely say if he had addressed this area.  Here is what I think Jesus would say.

The ideal church building would be in someone’s home. If the group is too large for that then it would be in a rented facility that is used for other purposes the other six days of the week.  Things like a dance studio, a movie theater, or other similar places would be ideal.  When Jesus told the rich man that in order to be a follower of Jesus Christ he should sell everything he had and give it to the poor and then come and follow him he was pointing us in this direction. When we spend such large amount of money building giant cathedrals aren’t we actually repeating what the rich man was doing?  Aren’t we putting ourselves and our comfort before God’s commands?

Jesus clearly told us that the church is not the building, it is the people themselves. As long as there are people in need, and as he said there will always be people in need, we should spend our collections in meeting those needs and not on lavish, or even not so lavish, buildings. If we did that then we might not have to rely on our government to do it in our place. The early Christians did meet in homes but somewhere along the line the Catholic church turned their attention to brick and mortar and became distracted from people’s needs.

So, in my mind Jesus would be pleased if we just stopped all these massive building projects in his name. Why do we spend so much money on buildings that are basically only used on Sunday mornings?  Are we actually just building comfortable club houses for ourselves?  God does not intend us to build monuments, some would say idols, to Him but instead to build loving relationships with each other including the least of these.