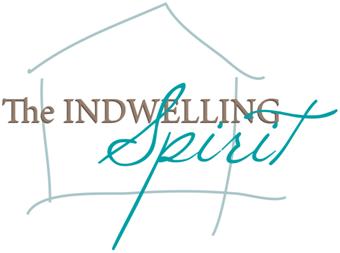 In doing this study on the Holy Spirit I am not convinced that I really know how to envision him even now. To me it sounds like he dwells in each of us and always has but came into the theological forefront after Jesus bodily left us to go back to the Father. There are numerous instances of the “Spirit of God” talking to even the Old Testament writers. It is hard to think of the Holy Spirit as a being instead of just a spirit. I still imagine him as that little angel in movies that sometimes appears on peoples shoulders as they need to make a decision about something.

The idea of the Holy Spirit being equal with the Father and Son (i.e. the Trinity) was developed fairly late in Christian history. Given how little historical writings about the Holy Spirit there seems to be I can certainly understand this. One thing I did learn from this series of posts is that baptism is not as defined as I thought it was. It was made very clear to me from this study that water baptism is not what Jesus was talking about; he was clearly talking about radical life changes due to the indwelling of the Holy Spirit. Water baptism may symbolically cleanse us of our original sin but the baptism by the Holy Spirit is where it really matters. Some think they are one and the same, I just have doubts about that.

So, at least to me I cling to the words of Jesus where he told us he was sending a Holy Counselor. That is someone who will take his place in encouraging us to do good; rebuking us when we fail to do so; telling us things when we are ready to hear them; and keeping us constantly aware that while on the earth we are to follow Jesus in both what he said and did. That is, Jesus is to be our Lord as well as our Savior. The Holy Spirit is about those messages we receive from Jesus and the Father as we go about our daily living. The original apostles seemed to get almost daily messages from the Holy Spirit to guide them in the early church. I think that most of us modern day Christians have pretty much crowded him out of our thoughts and that seems to be a dreadful mistake. We must all learn again listen to what he is saying. In order to do that we must “Be Still and Know that He is God”. I have been studying a book by a Quaker minister on just how to quietly listen for God’s messages. I will likely be posting a review soon. In the mean time be still and listen for the messages. Don’t let the urgencies of today’s world crowd them out. They are there; it is just a matter of allowing them to get through to our overstressed minds and hearts.

But maybe in the end I have to align again with Quaker beliefs. The Trinity is pretty much a theology issue and is not really of that much importance. So, maybe I really shouldn’t be too concerned about it. God is God no matter what form he chooses to reveal himself to me. It is up to me to listen to what he says both in the Bible and through his personal messages.