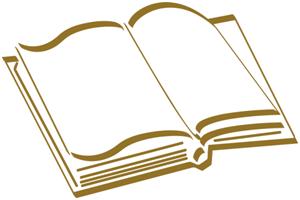 I want to open this post with some words from www.quakerinfo.org/quakerism/Qreligm.html

Quakerism depends on neither the Bible nor on priestly tradition. However, Friends do value the Bible and recognize the “priesthood of all believers. Genuine belief cannot be second hand. Quakers believe that the writers of the Bible were inspired by God but the Bible is not the “Word” of God but instead are words of God.

Quakers say that those who make an idol of the Bible, calling it the Word of God, giving the title of our living and present Lord, do miss the mark (John Chapter 1). The Bible contains the messages of Jesus but it is just a collection of inspired writings; it is not Jesus and should not be held on the same level as him.

Quakers leave it up to each of us to decide for themselves which parts of the Bible may be literally true; which parts may apply to only the times of the writers; which parts may be myths or parables; and which parts may be embellishments from the sources the writers used. Quakers like many other Christians, with the exclusion of probably Baptists, Lutherans, and to some degree Catholics, believe the messages of the bible to be reliable and trustworthy but not always literally true or inerrant. They believe it to be good for teaching Christian practices and beliefs but not to the exclusion of everything else, including personal revelations and in the Catholics case church tradition.

As I mentioned in the introduction of this series Quakers believe that many Christian sects have put the Bible on at least an equal plane to God himself to the extent that they idolize the words instead of God. These are tough words for some Christians to swallow and they bring out much belligerence in many. I personally, at least to some degree, agree with the Quakers on this topic. Having said the above I don’t want to leave you with the idea that Quakers don’t revere the messages of the Bible or that they declare them as non-essential. That is definitely not the case. In fact Quakers believe that they must check all personal revelations with the messages of the Bible. If they are not aligned then serious thought must be given to the depth or real meaning of that personal revelation.

The small minority of Christians who have fallen prey to the belief that ALL words of the bible come directly from God and are therefore totally and literally true for all eternity have, in my opinion, done harm to Christianity. I have read that some say Christians were pushed into the total inerrancy corner by secularists debates in the last one hundred years or so. I will probably do a blog post outside of the current series on that issue sometime in the near future. Given the strong scientific evidence that the earth is much more than 5,000 years old Christians who cling to this literal and inerrancy theory, although they don’t mean to, invalidate the true Christian message to many they are supposed to be recruiting.

I recently took an extended road trip out west and saw much of God’s beautiful creations in that part of the country. After viewing thousands of miles of stratified mountains and mesas and to know that they couldn’t possibly be formed in that short period of time do lament my fellow Christians stubborn insisting that the earth is only 5,000 years old. But to do otherwise would obliterate their belief in total inerrancy and total literal truth. The literalist are certainly an all or nothing group; there can be no shades of grey in this group. The laws of nature including such things as gravity and such are very much a part of God’s revelation to us. To say they are untrue is an affront to God in my opinion. Yes, God may be just trying to “trick us with all that stuff” as they say but I just don’t buy that.