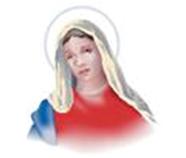 I have always wondered why Catholics are so focused on the Virgin Mary and Protestants, except for Christmas Eve, almost totally ignore her? If we read the Gospels and the Book of Acts, besides for Jesus’ birth Mary is mentioned only a couple of times in the text so that doesn’t lead us to believe that Mary had a very prominent role among the early Christians. Some say this is because the culture at the time of these writings treated women more or less as property of men and therefore their accomplishments were downplayed in the writings. Maybe that is true but there were several women who had significant interactions with Jesus during his ministry so I don’t think Jesus personally bought into that line. But then there is St. Paul telling women to be quiet in church and wait till you get home to ask your husband any questions. This seems to feed into that inferior woman mentality of the time.

When Jesus was crucified only the women stuck around. All the male disciples had, at least temporarily, abandoned him. It took the Holy Spirit coming into them to give them the courage the women seem to have never lost. And of course Jesus first appeared to a woman after his resurrection. So the women might have been shortchanged in the Gospel text. But that still doesn’t explain why Mary seems to be on an almost equal footing with Jesus in the eyes of many Catholics, at least attention wise?

I read somewhere, but I can’t remember where right now, that one view of this is that Mary was actually a PR project by one of the Popes around 500AD. Ok, I will probably get flamed here but I want to tell you what I heard. It seems that around that time Christians, meaning Catholics, were having a hard time competing with pagan goddesses who were very popular at the time. To counteract that the church started giving Mary much more status than they had before that. Now I don’t know how much truth is in that. I would welcome anyone to set me straight if you have evidence this story is way off base.

I personally think Mary deserves all our respect. After all she did give birth to the Son of God. But, I think the Catholics have gotten carried away with their almost deity of her. There is only one son of God and everything and everyone else takes a very distant second to Him. It is not about Mary, Paul, or the Apostles. Our attention should be focused on Jesus and Jesus alone. But as I usually say these are just my opinions and I will respect other who differ from them. One final pet peeve of mine, as with Jesus, Mary always being shown as blue eyed fair complexion young girl. Please remember that Mary was a Middle Easterner like Jesus. She very most likely had dark hair and brown eyes.